Harvest Festival was held in St Martin's Church Each class performed a Harvest song, play, dance or poem. Each child brought in Harvest Gifts which were donated to the Rainbow Centre.

The Children kindly brought in donations of stationary for Miss White to take out to two schools in Cambodia through the organisation - Mission Direct.

We raised the following amounts for charity:-

Harvest Festival was held in St Martin's Church Each class performed a Harvest song, play, dance or poem. Each child brought in Harvest Gifts which were donated to the Rainbow Centre.

We raised the following amounts for charity:-

Decorating the Christmas tree at Pilgrims Hospice this Christmas

We raised the following amounts for these Charities:

As a school we support a range of local, national and international charities, the children are really enthusiastic about raising money and we encourage their involvement. 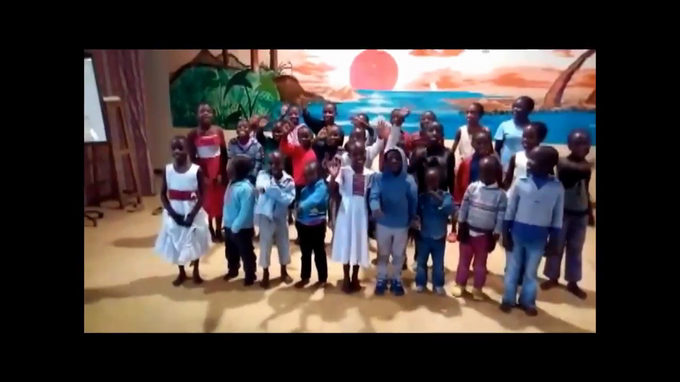 Since September 2015 we have supported a number of charities through Fund Raising or practical activities.  So far this year we have raised: £4414.17

Our Harvest Festival was held in St Martin's Church and led by Rev David Adlington, the Area Dean.  Each class performed a Harvest song, play, dance or poem and the children led prayers.   Each child brought in Harvest Gifts which, together wit the church congregations gifts, were donated to the Shepway Food Bank.

We held a Tea and Cake Event which was attended by pupils and parents/carers. There was a Tombola, a Book Sale and other stalls.  We raised £328.68.

By paying £1 to come to school wearing Red, White and Blue  we raised £208 for the following charities which support members of the military and their families:

We raised money by collecting 10 pence pieces and seeing how many 10p spots we could put on Pudsey.  After school the staff organised a Pudsey Party where we were able to make Pudsey hats, decorate cakes, make Pudsey pictures, dance and  play games on the playground.  We also had a hot dog and a drink. We raised £381.00 in total!

Take a look at the stats.

Awards we have achieved so far.

The Star Learner is:

Read about our values.

Unfortunately not the ones with chocolate chips.

Some cookies are necessary in order to make this website function correctly. These are set by default and whilst you can block or delete them by changing your browser settings, some functionality such as being able to log in to the website will not work if you do this. The necessary cookies set on this website are as follows:

Cookies that are not necessary to make the website work, but which enable additional functionality, can also be set. By default these cookies are disabled, but you can choose to enable them below: